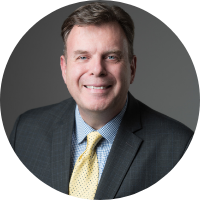 Robbert van Trooijen returns to Latin America in 2020 to lead the Latin America & Caribbean region for Maersk. Prior to this, he was the head of Maersk Asia Pacific, based in Hong Kong were he also was the Chairman of the board of SeaLand Asia.

Following the acquisition of P&O Nedlloyd by A.P. Moller—Maersk A/S, Robbert joined Maersk Line's head office in Denmark as Vice President in charge of the Latin American Services in 2006. In early 2008 he assumed responsibility for the West and Central Asia Region, stationed in Dubai, United Arab Emirates. In January 2011, he assumed management of the Latin American Region for Maersk Line, stationed in Panama City, Panama.

As of August 1st, 2020, he returned to Panama in the position of Senior Vice President and Regional Head
for all Ocean and Logistics activities in Latin America and the Caribbean, covering Maersk. Hamburg Sud, Alianca and Sealand. In this capacity he is a member of the Ocean and Logistics Management Board of A.P.Moller Maersk.

Robbert was born in 1964 and holds a Bachelor of Commerce degree from his native country the Netherlands, complemented with Economics Studies at Erasmus University Rotterdam and Executive Programs at Harvard Business School. He is married to Sandy and together they have 4 children.