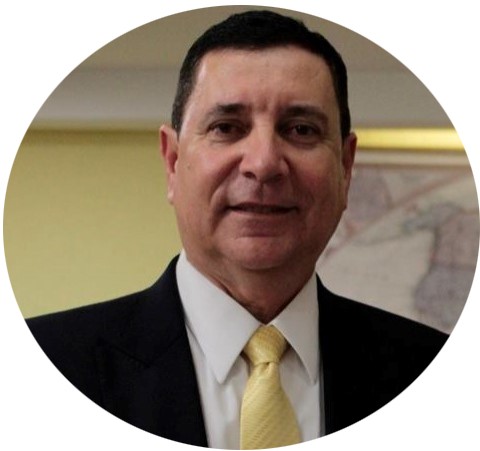 Antônio José de Mattos Patrício Júnior, Director of Teminals & Investments at Terminal Investment Limited (TIL), has 37 years of experience in different leadership positions across the port sector, including both container terminals and shipping lines. He started his career on board of vessels from Brazilian Merchant Marine in 1983. At his current position for Terminal Investment Limited (TIL) - the port terminals arm of MSC Group, headquartered in Geneva, Switzerland - Patricio has been successfully leading 10 operating terminals under company’s portfolio, while retaining the positions of Chairman of the Board of Directors at Brasil Terminal Portuário (BTP) and Portonave, both in Brazil. He also acts as an
active Board of Directors’ member of PSA Sines, PSA Panama, PSA Buenos Aires, APM Terminals Callao, TPS Valparaiso, Multiterminais Rio de Janeiro, New Orleans Terminal-LLC and Houston Terminal-LLC.

Patricio Junior, as he is well known in the international market, has held Chief Executive Officer position in several port terminals around the world, had become a fundamental enabler of growth for APM Terminals business units in Brazil (Pecém) and Jordan, Aqaba Container Terminal, as well as for Itapoá Port and Pontal Port in Brazil.

Previously, Patricio has worked for Maersk and Sealand, worldwide transportation companies, besides Aliança, a Hamburg Sud’s subsidiary, leader in cabotage transport in Brazil.

A recognized thought leader in the port sector, Patricio Jr. has collected a gamut of accomplishments and awards throughout his career. In 2006, he was honored with Jordanian citizenship granted by the King of Jordan, Abdullah II bin
al-Hussein, and an year later he was also granted the honorary citizenship award from Governor of Amman in Jordan. Always focused in generating positive impact to the communities, he was also awarded with Brazilian honors of
‘Friends of Navy’, commendation of Legislative Assembly of Santa Catarina and honorary citizenship of the city of Itapoá, Santa Catarina, Brazil.