“The scenario is worse; recovery will take longer”: COVID-19 impact in Latam

When the coronavirus landed in Latin America at end-February beginning of March, estimations were more dramatic than the current result, pointing to a drop in regional GDP close to 9%. Although, the 4% fall in GDP recorded between January and August is not as drastic as the initial projection, the scenario is worse than what was thought of in the beginning and recovery will take longer. “The economic effects have been more severe than expected and recovery is going slower. By end-September we will see some kind of change in regional trends in terms of exports, due to Asia’s high volume of consumption of food shipping out of Latin America,” says Ricardo Sánchez, Senior Economic Affairs Officer, Infrastructure, Transport & Ports, ECLAC, who talked in exclusive with MundoMaritimo about the trends and expectations for containerized cargo during the pandemic.

The cruelest executioner of containerized cargo in the region has been the fall of imports, directly related to the dip in consumption produced by the quarantine and lockdown measures. “The fall of imports is concerning, but there’s a second effect that goes beyond lower levels of consumption and its related to the diminished capacities of national industries, not having access to the necessary supplies for production,” says the expert, who highlights that the current conditions of the economy and trade of containerized cargo is “worse than expected and will take longer for recovery to come, with a world average of 2 years before returning to figures last seen at December 2019.”

Although the second semester is always 25% better in terms of numbers compared to H1, projections for 4Q2020 will not be sufficient to ‘recover’ the year. “2020 is lost. 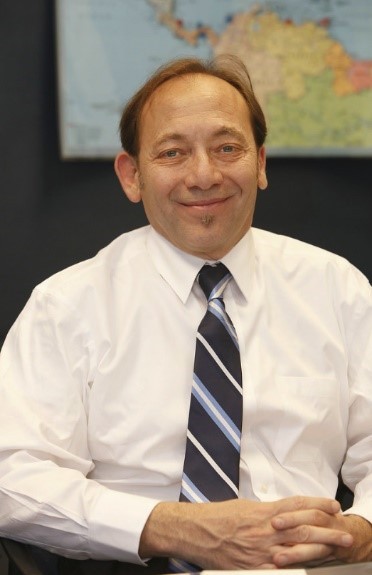 The most optimistic estimations predict that the fourth quarter will reach the same growth rhythm as 2019, marking an accumulated drop of only 4% for the year, thanks to the stationary increase in end-of-year sales. But the fall on imports is SO big, that a Q4 recovery will not save the year,” says the specialist. Moreover, the end-of-year sales increase is not to be misconstrued as a sign of recovery, since this could take as long as 9 quarters, meaning that by 4Q2021 we could eventually see the same level of containerized cargo movements recorded un 1Q2019.

Also, the scenario between the two coasts is very dissimilar. The fall on imports is as significative both on the WCSA and the ECSA trades, but the west coast is more affected by negative numbers. On the west coast, ports of Cartagena and Buenaventura in Colombia and Guayaquil in Ecuador are the only ones showing positive overall figures, while at the east coast Argentina, despite its deteriorated economy due to an extended quarantine and lockdown, deserves special mention since strong exports are keeping the industry afloat. “On the east coast we see an increase of exports in meat products to Asia (beef, pork, poultry,) while the west coast is keeping steady with fruits and minerals.”

While the pandemic lasts, the worst enemy is the threat of a second outbreak. “All projections are based on the current conditions staying as such. But if there were to be an outbreak, all these estimations would change because they would come at a moment when most economies have already suffered a strong blow and are weakened,” concludes Sánchez.

This article was produced in association with MundoMaritimo – Latin America Partner of TOC Americas Virtual Expo 2020:

Register for TOC Americas Virtual Expo (27-29 October 2020) – the leading virtual event dedicated to the ports and terminals of the Americas region.  Build your own agenda with an extensive webinar programme covering not only the implications of the pandemic but international trade, automation, port operations & expansion, investment, digitalization, green tech, bulk & more.  Register for your pass here.