For over 110 years Maersk has been transporting goods from one end of the world to the other, crossing oceans and connecting lands. But the business model has not always been the same, in fact, in order to survive for more than a century the company has been constantly changing. “Transformation is a state of mind. If you’re not transforming, adapting, then you’re not doing your job,” says Robbert van Trooijen, newly-appointed Head of Latin America and the Caribbean AP Moller-Maersk, who gave his first interview as lead in the region and spoke in exclusive to MundoMaritimo about his new role in the Americas and the present and future challenges of COVID-19.

For a few years now, the Danish company has transitioned from its world-wide reputation as an ocean carrier to become a full-blown integrated logistics operator. Along with its transformation, which has proven essential to overcoming the obstacles of COVID-19, Maersk has stayed on top of the situation at all times. “The virus started in China in December and we knew then that it would not be easily solved and that we would have to adjust capacity and that is exactly what we’ve been doing and have done it successfully,” says van Trooijen who is coming into his new position in Latin America and the Caribbean after spending 5 years as Regional Managing Director Asia Pacific, and having been responsible for the Latam region between 2011 and 2015.

If we were to summarize 2020 and the pandemic in one word it would be ‘unusual’. Yes, we have had to adapt to circumstances that escape any concepts of normalcy and the situation has pushed the idea of ‘flexibility’ above and beyond. “We’ve had unusual requests from clients, and this has meant we have had to use our capabilities in ways we hadn’t done before. But, at the same time, this has expanded our relationship with them,” says the lead executive for the Latam region.

Being in the business that supports demand, adjusting to demand is crucial in terms of customer service. “In the case of this particular crisis, our service to customers was better,” says van Trooijen, who is also very proud of the company’s ability to quickly adapt to the rapidly changing scenario that shut down offices and forced remote work. “I was impressed with the speed with which we were able to go virtual in a matter of less than a week and it meant that our customer service did not suffer,” highlights the executive who raises the questions of what will the office environment look like after this? What will happen with busines travel? How will being part of a team look and feel like? How do we see our work environment for the next years? “Physical presence is a thing of the past.”

The benefit of late arrival

When the coronavirus first broke out in Wuhan, China, van Trooijen had a front-row seat. “Since the initial outbreak in China, we [Maersk] began conforming global security committees, business continuity teams, etc., so when the pandemic finally hit Latin America, we knew how to deal with it. This is part of adapting,” the executive points out.

The early measures taken by the company when the pandemic began not only prepared the ‘business part’ for continuity but also made it easier to implement safety measures for workers across all areas in the company, from executives working from home to port and terminal workers and even crew members stuck at sea during the repatriation crisis. “We are very thankful to the Panamanian government for making this gesture with crew members,” says the new lead for the region who is adamant at pointing out that for Maersk at all times the safety of workers has been the top priority, followed by delivering quality customer service and satisfactory support for demand. 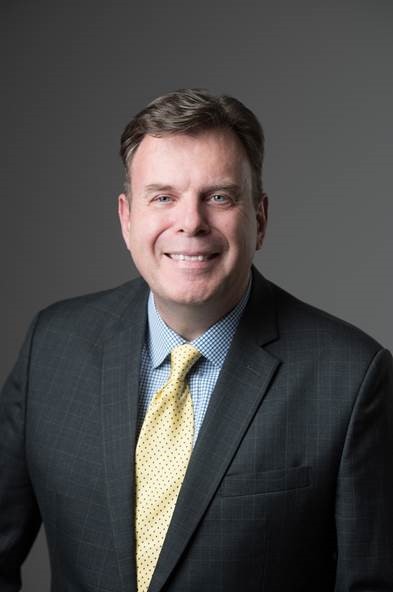 As a multi-product of container logistics, Maersk is all about flexibility and adapting. “The only thing we can do [in times like this] is to be agile enough to support irregular demand patterns. We do a lot more than just ocean transport, that’s where our strategic vision lies in,” says van Trooijen who also highlights that “it all depends on consumer behavior. At this time, you cannot make any conclusive forecast on what recovery might look like and when it’ll come about. In Asia there was a recovery and then there was a new outbreak. I think that Q1 and Q2 results turned out more optimistic to what was originally thought, but there are still too many variables to control going ahead.”

“The industry has responded quite positive to the changes in consumer demand, being responsible about capacity deployment, in a very disciplined way. So far, we’ve seen that demand has subdued and capacity is constantly adjusting. Demand for basic goods is continuing and has kept up quite easily.”